I’m so behind on pictures!  The kids are getting so big and changing every day!

Weighed 27.4lbs last time we were at the doctor’s. 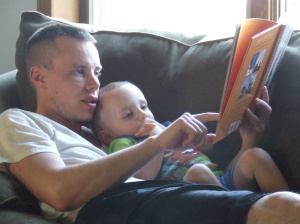 Garrett is starting to talk!!  He’s saying a lot more words!  We are so excited!

Potty training is hit and miss around here.  We had one really good day but after that not a lot of interest.  Every now and then he’ll show some interest and we can get a couple of hours of “practice”.  He won’t wear his big boy underwear at all.  Not even Lightning McQueen!  We’ve tried letting him pick out his own from the store, not interested.

He’s being more adventurous with food.  He’ll usually at least try something new.  Very thankful for that!

Lately he has been so snuggly!  I don’t know if it’s because he hasn’t been feeling well (he caught Avery’s cough) or if he just wants to be snuggly, but I’m loving it!  He’s always crawling up in my lap and giving my bear hugs.

He’s very sweet with Avery too.  He’s always holding her hand and hugging her.  He’s a wonderful big brother! 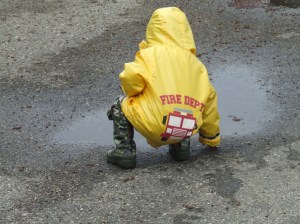 He still takes a long afternoon nap.  On good days up to 3 1/2 hours, on not as good days only an hour and a half.  He was sleeping in the mornings too, till about 6, but lately he’s been getting up around 5am.  It doesn’t bother me too much though, Avery is usually up around then anyway. 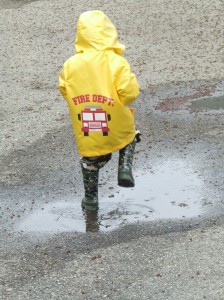 We finally turned his car seat around.  He loves facing forward!

He’s such a sweet, happy boy and such a blessing!

Naps wonderfully!  Not so much during the night but it’s getting a little better.

Has two little teeth coming in on the bottom.

Loves her big brother!  She’s always watching and smiling at him!  They are so sweet together!

She’s going to be crawling very soon!  She’s rolling all over the place!

She’s such a sweet happy baby girl!  We’re so thankful for her!

Happy Birthday Grandpa S!  Have a wonderful day!  We love you! 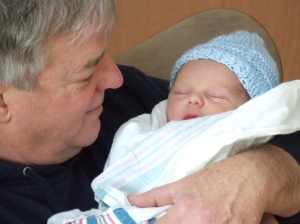 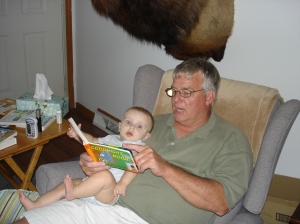 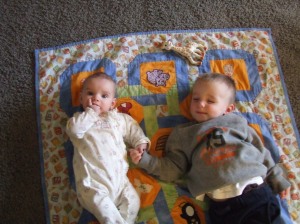 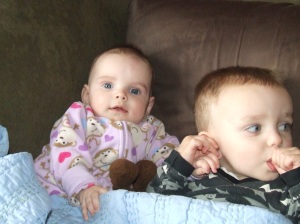 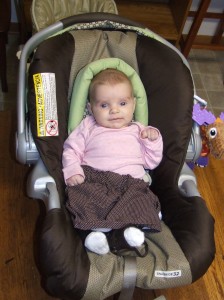 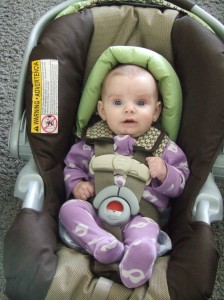 Happy 5 month Birthday, sweet girl!  We love you so very much!